Say Word Saturdays is a monthly open mic hosted by LOVE the poet at Culture Coffee. Please stop by tomorrow. The event is from 7:00 to 10:00 p.m. Admission fee is $5.00.

Below is an interview of Love the poet from YouTube –

Local author Hannah Sternberg will discuss how being a writer enriches her appreciation of books and literature. She will also discuss and share from her novel Bullfinch. The event will be held at the Southeast Library in Washington, D.C. on February 12th from 7:00 to 8:00 p.m.  Attendees can enter a raffle for a Kindle preloaded with Hannah’s books. There will be other medieval giveaways too. Admission is free. 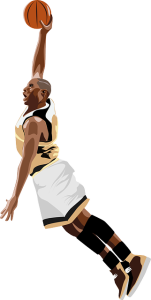 Five storytellers will bravely stand up and perform their take on the night’s theme with a 7-8 minute true story during the first half of the show. However, after intermission, more are expected to tell their stories too. The event is tonight from 8:00 to 10:00 p.m. It is sponsored by Speakeasy Storytelling.

While the show officially starts at 8:00 p.m., you are encouraged to arrive at 6:30 p.m. if you are seeking a good seat.

Tickets are $15.00 plus a $1 transaction fee when purchased on their website. 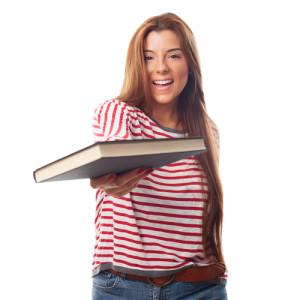 Tomorrow just isn’t Valentine’s Day. It’s also International Book Giving Day. Yes, it’s a real day. So please, give someone a book – it may be a good Valentine’s Day gift.

What are some good Valentine Day books to give to someone? Here are some suggestions below –

4). A Kiss for Little Bear, by Else Holmelund Minarik

5). Pride and Prejudice, by Jane Austen

8). Romantic Poetry: 150 Poems for Love and Romance, by Emily Browning

Claire Vaye Watkins will participate in a discussion today called “The Imaginary Real: Weaving Fact into Fiction” along with Ruth Ozeki. The event is sponsored by the Pen/Faulkner Foundation. The event is from 7:30 to 9:00 p.m. The admission fee is $15.00.

Watkins is the author of the story collection Battleborn, which was named a Best Book of 2012 by the San Francisco Chronicle, Boston Globe, and Time Out New York.

Ruth Ozeki and Claire Vaye Watkins will participate in a discussion tomorrow sponsored by the Pen/Faulkner Foundation. The event will be from 7:30 – 9:00 pm. The discussion will be on “The Imaginary Real: Weaving Fact into Fiction.”

Ozeki is a novelist, filmmaker, and Zen Buddhist priest. Her novels include My Year of Meats, All Over Creation, and A Tale for the Time Being.

Watkins is the author of the story collection Battleborn, which was named a Best Book of 2012 by the San Francisco Chronicle, Boston Globe, and Time Out New York.

Nate Brown is the moderator. He has published fiction in the Iowa Review, Mississippi Review, Five Chapters, the Carolina Quarterly, and elsewhere. He lives in Baltimore, Maryland, where he coordinates the PEN/Faulkner Foundation’s Writers in Schools expansion program in Baltimore City Public Schools

Below is a video from YouTube where Ozeki reads from her latest novel, A Tale for the Time Being, and discusses her work with David Palumbo-Liu, a professor of Comparative Literature at Stanford.